Where Does Turquoise Come From? 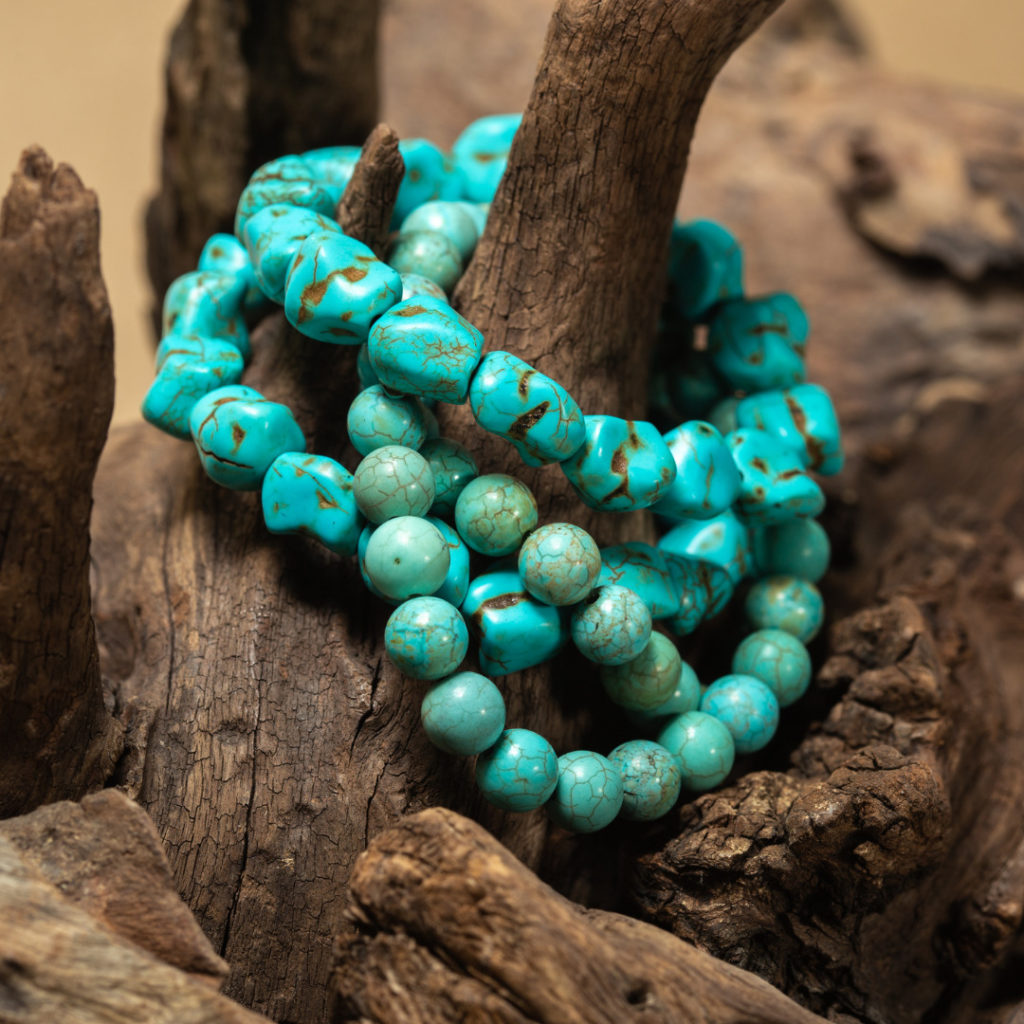 Where does turquoise come from? Is it as old as we think it is? What was and is the importance of this stone and mineral in history? Is it as versatile as it is described?

We’ve been in arguments about this stone before; we’ve debated on its color, its appearance, its use as a jewel and as a mineral. Turquoise, the fabled stone of ambition, the stone that spans across cultures, art, architecture, and medicine comes with plenty of queries.

In this article, we seek to uncover the stories turquoise carries across continents and communities. So, read on!

The Birth of Blue: Where Did Turquoise Come From? 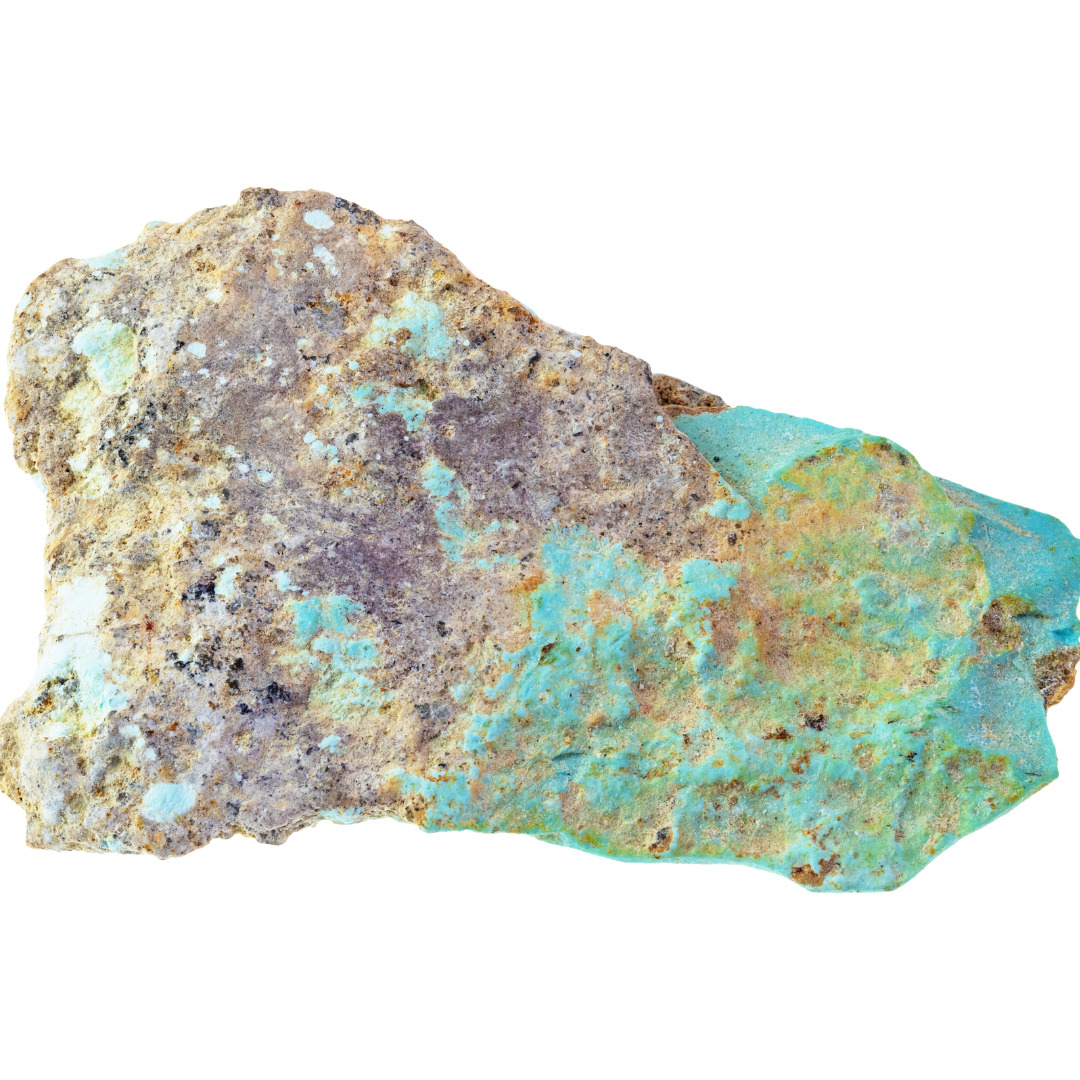 Ancient findings denote that turquoise is nearly 7,500 years old. In the earliest mines, turquoise was mined as a precipitate occurring in a natural, sky-like blue.

This diversity is because of turquoise forms in more than just one way. The typical deposit occurs due to the hydrothermal deposition of copper sulfides.

Water flows and leaks through the copper porphyry in concentrated deposits, thereby changing the rock’s nature. This water, or rain sometimes, dissolves and oxidizes the rock to leave a turquoise residue, settling in aluminum-phosphate rich regions or volcanic rock.

In other forms, such as the mining in the Sinai Peninsula and Iran, turquoise is found in lower carboniferous sandstones washed in basalt or high carboniferous limestone. Weathered and broken trachyte is a host to turquoise in other provinces of Iran.

The stone is characteristically crystalline in its chemical structure but does not appear as so all the time. Rather, turquoise takes the appearance of a translucent stone.

As a result of this variety, all found turquoise’s chemical properties are not standard, nor its form or appearance. Treatments and continued exposure to other natural processes have changed its hue to the lightest green blue bordering on yellow.

Story Behind the Name ‘Turquoise’

It wasn’t always called turquoise, though. With the change in places, the name began to change too. Pliny, the Elder from around the time when Mt. Vesuvius was fairly active in Pompeii, referred to as the callias.

The name ‘turquoise’ eventually stuck due to the trade between Turkey and Europe in the 17th century. It is derived from the French word ‘turquois.’

Turquoise was also the first of minerals to be mined, though finding its deposits today is rare. It is, however, seen as a byproduct of copper mining. It occurs blue but can change color to green when heated and dehydrated.

The Sinai mining brought a fairly green and translucent turquoise and only added to the extending diversity and symbolism of the stone.

The US houses deposits of turquoise that do not operate to commercial capacity today. Back in the day, though, the mines buzzed with activity, and the rock was found in nuggets.

This stone was much more durable and richer in color than other deposits, though it looks more yellow due to the high content of iron found in the southwestern US. It requires little to no use of machinery to preserve the integrity of the stone.

Tale as Old as Time: Importance in History 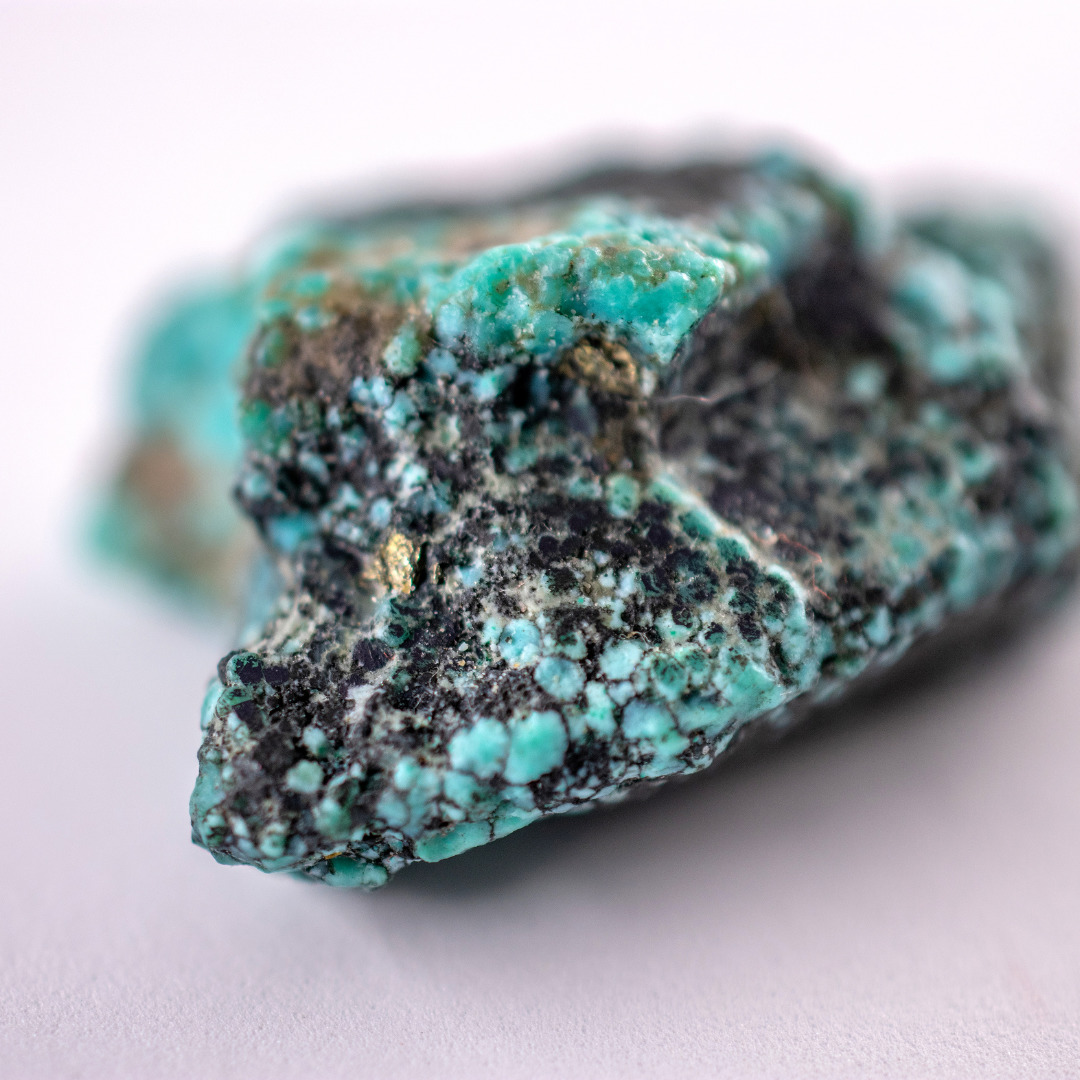 Historical records prove that turquoise is more than 7,500 years old. It has seen Egypt’s magnificent courts, the ancient antiquities of the Mesopotamian empire, the Aztecs, early Tibetans.

It had helped the Indus Valley civilization along with Native American Indians. Turquoise has been favored by communities for its beauty and symbolism that promoted wisdom, noble thoughts, and medicinally.

It was raised in state and trade, art, religion, and diplomacy. A popular belief among the Apache tribe was that turquoise blessed an archer with an accurate and dead aim. The Aztecs inlaid their ornaments with turquoise and gold, and jade, among many other minerals.

Turquoise served the Persian kings, adorning the kings’ headgear and the generals under the faith that the stone brought them victory. It is lined along the walls of various world heritage sites in mosaics like the Taj Mahal and found in archaeological architecture like Tutankhamun’s tomb.

The stone has collected more than just metaphors and praise. Ancient doctors used turquoise. It was often held as a talisman for the positivity it resembled.

Physicians believed that turquoise had the ability to heal bites and stings of reptiles, and so they ground the stone into powder, mixed it as a salve, and made an ointment of it. Unsurprisingly, this salve healed skin ailments and the injuries of people.

Due to the rareness in their formation across the globe in the past and present, turquoise is very valuable. The limited mines made turquoise appear in various forms, thereby helping other treatments and imitations emerge.

For one, dry Creek turquoise appears in blue and milky white with traces of dark, smudged blots and lines in its structure. Carico Lake turquoise, on the other hand, appears in rich lime blue green.

The Fox turquoise looks very much like the Carico lake but looks like it is inlaid with vibrant gold. The Number 8 turquoise takes the form of webs and combs in the dark to light blue and black. Larimar stone is the extremely rare, regal looking and mirror-like stone across white to grey on a bluish scale.

The way the stones mentioned above appear is not always natural, though. Waxing and oiling the stone brought more color and luster. Turquoise is also often stabilized to improve durability and malleability.

There are imitations of turquoise, made using enamel, glass, and porcelain. The modern solution to an imitation is the dyed howlite and magnesite; they look white, but howlite often appears with a black streak akin to that of the turquoise.

They only look like turquoise, but their chemical and physical properties are far from the original stone. Gemologists are on a relentless hunt to prevent the fakes from taking over.

They are conducting endless tests and close examination of them to bring the very finest and genuine stones. Standardizations have thus been issued and are vigilantly followed.

The history of turquoise is as glorious and rich as no other. The stone endured through time and duplication tests, often true to its nature and dynamic in different surroundings. It truly goes to prove and show its symbolism as a constant, a reminder of why it has a tale and stood the test of time.